First Summer month brought us some news about the eternal confrontation of law enforcements and cybercriminals. So let’s see who has been busted in June. 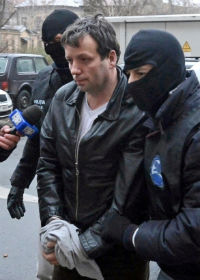 Infamous Romanian hacker Marcel Lazăr Lehel, also known as “Guccifer”, who was caught earlier this year in Romania, expectedly got what he deserved: in the middle of June, a Romanian court sentenced him to four years in jail. Over the past few years, Marcel hacked into a number of private internet accounts, including the Bush family emails, former U.S. secretary of state Colin Powell’s personal email box and the secret service chief of Romania, George Maior’s correspondence. As prosecutors say, the hacker used methods including guessing the answers to security questions to get access to customer accounts. Now he’s about to spend seven years in jail as he also carries a previous three-year suspended sentence.

The hackers behind iPhone ransomware campaign may be behind bars now! #security #busted 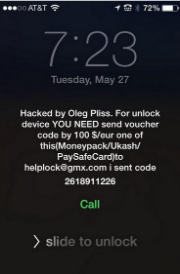 A couple of months ago there was a story (http://www.kaspersky.com/blog/ransomware_targets_ios_osx/) about a growing number of Apple users who experienced unauthorized blocking of their devices executed by some fraudsters who then asked to pay some money for unblocking the smartphones, tablets and computers. The problem was seen in a couple of countries including Russia, where the police finally succeed finding scammers: in the beginning of June two young residents of Moscow, 23 and 16, were arrested for hacking into a number of accounts. The criminals used two schemes: one of them was hacking users’ email accounts and elaborating phishing pages to glean victims’ Apple ID credentials. The second scheme allegedly bound devices to prearranged accounts and used “various internet resources to create ads.” Those ads promised access to Apple ID accounts that contained “a large amount of media content.” As soon as someone accepted the offer and linked their device to the account, attackers hijacked the devices. Now both of these guys are facing up to four years behind the bars.

It seems last month was really good for Russian prosecutors as we have some more news from that country. Local authorities, with expert help from Kaspersky Lab, say they came across a group of people suspected of stealing dozens of millions dollars from private and corporate bank accounts. It’s said that the criminals were using special sort of malware which they implemented into victims’ computers to hack into Internet banking accounts. After breaking in, the criminals were able to transfer money to dummy accounts so they could withdrawal the money with no problem using ATMs in a number of different cities. Police say the gang was about to steal around a million dollars, so if they are convicted of hacking into bank accounts using malware they’re going to spend up to ten years in jail. 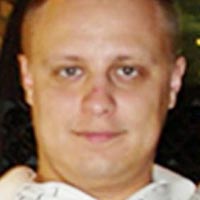 Law enforcement agencies in Europe and the United States, including Europol and the FBI, ran a coordinated takedown (http://www.kaspersky.com/blog/gameover_botnet_takedown/) of the GameOver Zeus botnet on Friday, seizing servers and disrupting the botnet’s operation. Authorities say that the same botnet has been used to distribute the CryptoLocker ransomware and they’re now looking for a 30-year-old Russian whom they say is connected to the operation of the botnet. On May 30, authorities working out of the European Cybercrime Center (EC3) worked with a number of security companies and researchers to takedown the botnet and seize the servers that were part of the botnet. The Shadowserver Foundation, Abuse.ch, CrowdStrike, Microsoft and several other companies were part of the takedown. The FBI has identified Evgeniy Mikhailovich Bogachev as the alleged controller of the GameOver Zeus operation. The Department of Justice charged Bogachev with conspiracy, wire fraud, computer hacking, bank fraud and money laundering in connection with the operation of GameOver Zeus. Authorities also say he was responsible for running the CryptoLocker infrastructure, a highly profitable ransomware operation.

Busted! Top Prosecutions of May

New analysis pinpoints some weaknesses in a new generation of cars with online capabilities. If exploited, this may result in car theft and other problems.