Bitcoin is a cryptocurrency that owes much of its popularity to its rather volatile — and occasionally very high — price. Its potential for investors has made it a tempting option for many users and cybercriminals alike. Malware and crime, in general, follows the money trail, and cryptocurrencies are a perennially hot topic in cybertown. 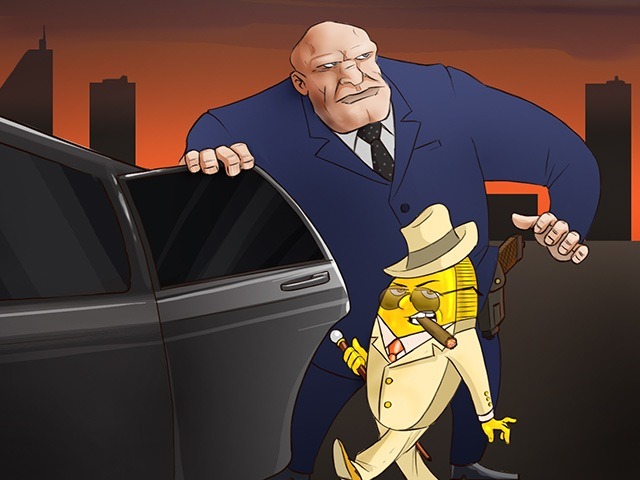 By not being controlled by a central authority but rather by its contributors it has made some governments rather nervous, creating a heated debate about whether it should be regulated or not. However, this is not something entirely feasible given the initial design of the Bitcoin currency and network by its creator Satoshi Nakamoto. After 2010 he disappeared from the project without leaving a trace behind, creating many stories around his mysterious invention and identity. What we know for sure is that after many years Bitcoin is as strong as ever and continuing to grow every day.

In addition, the nature of digital currencies has many advantages when we compare them to their real life counterparts. It’s fast, taking around only ten minutes to verify a transaction and cheap, liberating you from the need to maintain or pay for processing fees to a credit card company.  If we add the benefits decentralization, privacy and ubiquity we can begin to understand the temptation to invest our time and money in Bitcoins.

“The most fertile ground for Bitcoin is in places like Cyprus, Argentina, Iceland, China and other countries which have experienced significant financial disruptions and/or maintain strict financial controls.” – Garrick Hileman, economic historian at the London School of Economics

In the beginning the most common way to obtain a Bitcoin was through a process called mining in which the user would exchange CPU or GPU power for fractions of a Bitcoin (depending on several factors). Given that not many miners were present at the time it was a cost-effective solution and a simple way to invest in the new currency without too much hassle. Mining is a necessary part of the security scheme of Bitcoin since it verifies the transactions made on the network essentially preventing double-spending attacks (one person sending the same Bitcoins to multiple people).

Moreover, after seeing some profit many early adopters started building “mining rigs” or computers completely dedicated to such activities. Since the miner who finds the solution to the network provided crypto problem the fastest is rewarded with Bitcoins a race for designing the best mining rig started. The cost of this tailor-made equipment would be quite pricey (usually including several high end gaming video cards running in parallel) but the return of investment at the time warranted such spending and a lot of people joined the Bitcoin wagon without further thought. After GPU mining was superseded by ASICs (Application-specific integrated circuits) some hobbyists and small companies began building their own mining farms basically leaving small players out the game.

“The average total coins generated across the network per day stays the same.  Faster machines just get a larger share than slower machines.  If everyone bought faster machines, they wouldn’t get more coins than before.

We should have a gentleman’s agreement to postpone the GPU arms race as long as we can for the good of the network.  It’s much easier to get new users up to speed if they don’t have to worry about GPU drivers and compatibility.  It’s nice how anyone with just a CPU can compete fairly equally right now.” – Satoshi Nakamoto

One of the most popular ways of obtaining a Bitcoin nowadays is via one of the many trading sites available online in which you can exchange your local currency for the crypto equivalent quickly and securely. Additionally many online merchants started accepting Bitcoins as a means to pay for goods validating the real world value of the currency. One of the most known (albeit illegal) sites that depended on Bitcoin was the infamous Silk Road, a place of the dark web in which you could buy a wide array of forbidden drugs and services within the comfort of your own home. Even though Bitcoin as a currency is not completely anonymous it does provide a certain degree of privacy that you wouldn’t get using other commonly available options making it the default alternative for cybercriminal activities.

So, if everything is virtual, where do you keep your hard earned crypto-money? Well, as in real life a wallet is needed. Several online wallet services appeared as a response for the claims of numerous users wanting to safely store their Bitcoins. Unfortunately, such services provide no guarantee that your money will be securely held and the latest robbery of a popular Bitcoin bank left several users in the dark losing approximately 1.2 million dollars of their savings combined. You can certainly keep your money offline using free and widely available tools, just remember to back up your wallet so you don´t end up throwing out all your life savings to the nearest landfill site. That was the case with James Howells who discarded an old hard drive containing his wallet which had around 7,500 Bitcoins inside or the equivalent of today’s 4 million British pounds.

However, there’s one perceived flaw with the usage of Bitcoins for modern day finances and that’s due to the fact that transactions made with this currency are irreversible. This is considered an advantage by a small group of advocates but for Bitcoin to become a mature and stable choice it needs to guarantee the safety of its users by preventing online fraud and robbery. Besides, given the high volatility of the cryptocurrency market one needs to spend the money rather quickly before it loses its value. Currently Bitcoin is not considered a wise alternative for saving your retirement money but rather to spend it in places that don’t accept any other form of payment. Hopefully, the deployment of the new Canadian Bitcoin ATM nicknamed “Robocoin” will set a trend allowing the non-geek audience to try this form of currency for their everyday transactions.

So far, we have made a general introduction about the Bitcoin cryptocurrency, the characteristics of its market, advantages, flaws and many other peculiar traits but what about the relation of this new currency with cyber-crime? With people becoming more and more desperate to get their hands on precious Bitcoins while they were climbing to the peak market value many scams began to appear online, for example fake “bitcoin generators” or legitimate applications including the installation of mining software without explicit user consent.  A particular gaming company was fined recently with a one million dollar amount because it had been stealthily including a mining application within their anti-cheat product. Even though this software was deployed across only 14,000 PCs it was more than enough to lose the trust of their hard earned customers ending the story with the firing of an accused employee which was suspected of converting the before mentioned application into a money making Trojan.

In addition, some peculiar scenarios started to emerge with Bitcoin in the spotlight. The Massachusetts police department had to resort to some emergency cryptocurrency buying since the infamous ransomware named “Cryptolocker” demanded the payment of two Bitcoins for releasing the department’s encrypted files. Interestingly, as the price for a single Bitcoin unit increased most malware started to adjust the ransom price in order for the victim to pay up without too much thought about the whole operation. After all, if the currency is based on the subjective theory of value why not apply it also to the goods that can be purchased with it? How much would you pay to recover your files?

Even popular Crimeware Kits such as Atrax started offering “wallet stealing” plugins for a convenient amount of money which in addition could also log the password users’ might have implemented to protect their wallets. Moreover, for the Bitcoin criminal enthusiast the malware creators offered a “coin mining” tool to put to good use those stolen CPU and GPU cycles. As we have mentioned many times before, malware follows the money trail and Bitcoin is big news at the moment. It’s noteworthy that Atrax, along with ChewBacca became well known because of its use of the TOR network to reach the command and control servers. When we add bitcoin mining and wallet stealing to that equation it’s evident that every day we are dealing with a more complex and evolved type of malware, one that is offering product updates and modules based on user request and popularity.

The Bitcoin malware samples seen in the wild grow day by day and it’s not uncommon to find Trojans distributed via Skype, mining botnets and highly sophisticated threats now including mining capabilities. But cybercriminal activity now goes beyond malware, offering illegal services and products on the deep web. Payment is mostly done through Bitcoin since it allows both ends to preserve their privacy while engaging in this type of illegal activities. Silk Road might be down but with so many sites appearing each day the cryptocurrency is going to stay in high demand for criminals and consumers alike.

After this brief overall view on the current Bitcoin currency and targeted malware state we can only infer that other cryptocurrencies such as Litecoin will follow the trend in the near future. With Satoshi Nakamoto named the most impressive person of 2013 we can begin to gauge the importance of the cryptocurrency frenzy that has recently taken the Internet by surprise. If you want to take part of this world always remember to follow the Bitcoin Safety Guide and apply the same security principles as you would with any online transaction. Be smart. Be safe. Have fun!

A Day In The Life Of A Content Analyst

There is a position at Kaspersky Lab that exists that is officially named ‘content analyst’. To put it simply, the content analyst’s task is to create content filter databases, which