BlackBerry’s preeminent Z10 smartphone (and other devices running the BlackBerry operating system beyond version 4.5 for that matter) has a feature built-into its messaging service called “Show What I’m Listening To.” When enabled, the feature displays the media files you are playing, whether they’re songs, videos, or voice notes, to all the contacts in your BlackBerry Messenger account. 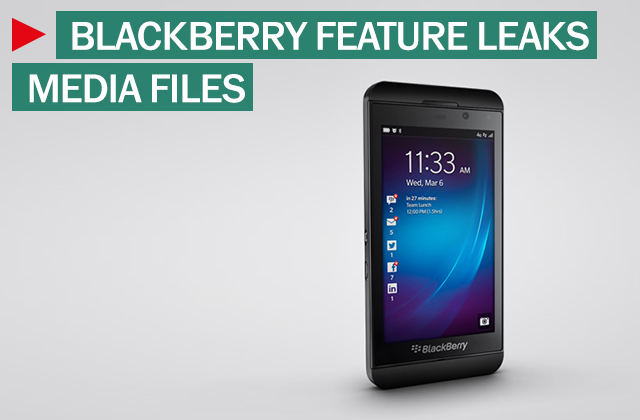 The feature is great if you’re the kind of person who likes to broadcast your exquisite taste in music to your entire contact list. However, the feature isn’t so great for those of us who like to keep our guilty pleasures to ourselves. Don’t get me wrong, I like blasting super catchy Katy Perry pop hits as much as the next guy, but I don’t want anyone to know about it ever.

Google’s Talk application has a similar feature that users can turn on, but it only displays music. So, sure, you could potentially embarrass yourself by letting all your contacts know that you’re listening to the latest Taylor Swift album, but, unlike BlackBerry’s feature, you don’t have to worry about your entire contact list figuring out that you’ve wasted the whole day watching cat videos or reruns of some terrible reality television show or worse. 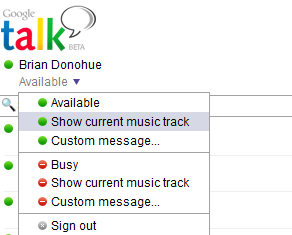 If the ‘Show What I’m Listening To’ feature were turned on by default, we’d be talking about an egregious privacy violation of the highest order. Fortunately, users that want to run the feature will have to ensure that they’re running BlackBerry Device Software version 4.6 or later before heading into BlackBerry Messenger, pressing the menu key on the contacts screen, checking the box that says “Show What I’m Listening To,” pressing the menu key again, and saving their settings change.

Again, the feature fits nicely into this era of hyper-connectivity and constant-content sharing. However, as alluded to above, and as illustrated in this CrackBeryy forum post, you should really consider all the privacy implications before turning on the “Show What I’m Listening To” feature.

You should really consider all the privacy implications before turning on the “Show What I’m Listening To” feature.

Furthermore, once the feature is turned on, you’ll want to be cognizant of that and pay attention to the kinds of media you’re playing, because “Show What I’m Listening To” doesn’t differentiate between the acceptable and the humiliating.

Today is the International Day of Human Space Flight, and we’ve decided to tell you a little about computers in space: what they’re like, what they do and how and