Information security is the cornerstone and essence of Israel. It was given serious attention long before the term of information security emerged in its traditional meaning in the 21st century. With the country stretching 470 km long and 135 km wide (in its widest part), and considering certain hostility of the neighbors, being able to see what’s happening 100 km around its territory became an important part of national security for as long as Israel has been around. 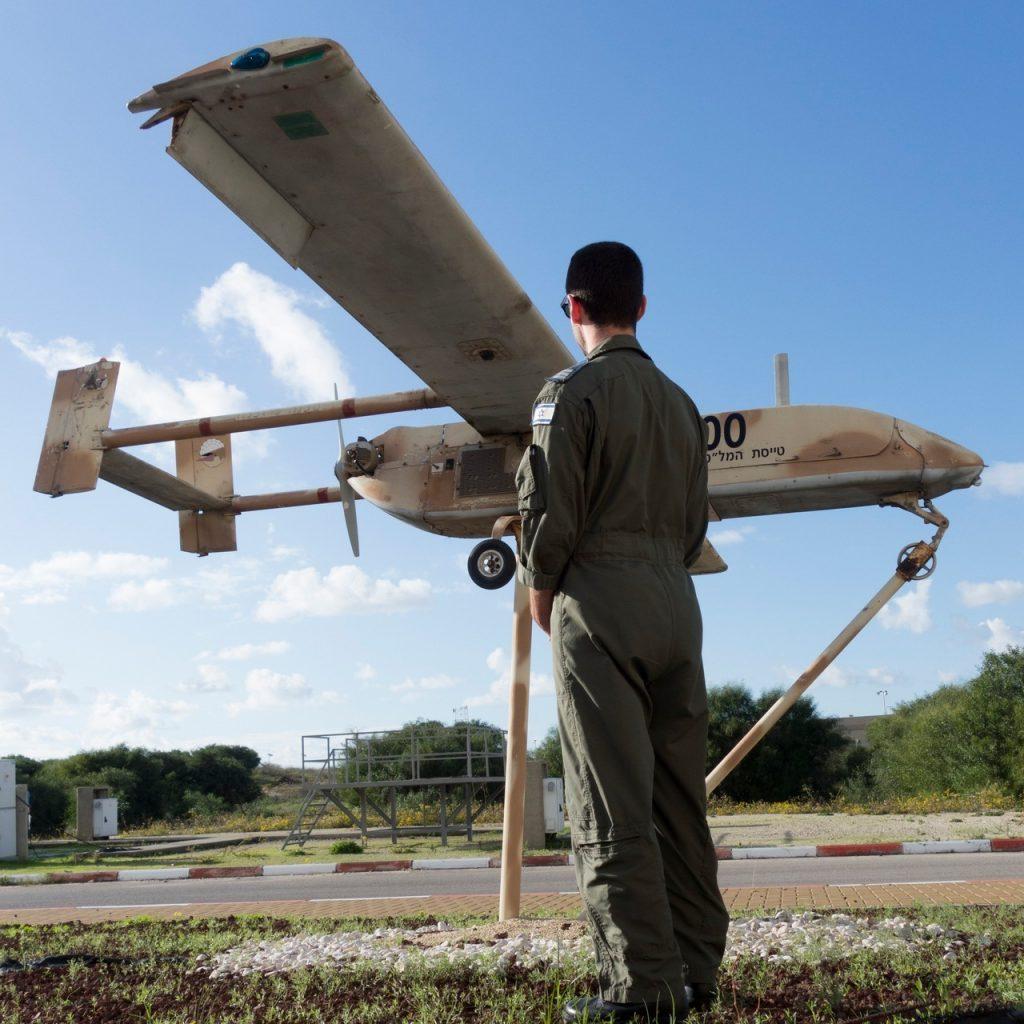 I have written a number of articles on the Israeli approach to information security in the digital technology domain, but today I will review it from a different angle.

Drones started to get covered by the media during the last decade, but armed forces had been employing drones for quite a long time before then. For instance, in Israel, they have been on duty since 1969 and remained on guard in the air, while being modified and upgraded on the ground.

Moreover, the production of drones became one of the country’s most important items of export. These flying intelligence officers are shipped to a number of countries, including Russia. As just one unit could cost up to $5–10M, the contracts are worth a lot.

We should note that there are two types of drones: watchers and warriors. Israel is quite open about the first type, whereas the information on the second type is classified. A drone operator based in Palmachim, Israeli Air Force base located near Rishon LeZion, told us about those drones which serve solely to collect information. His story is quite interesting.

Using drones became one of Israel’s most important points on their agenda in the 1960s, and in 1969, a corresponding division was created. The first UAVs were basically radio-piloted models with a regular camera on board. The little plane would take off, cross the border, take pictures, return to the base, and then the technical servicers would process the film.

When the situation on the border was unstable, this process was done on a 24/7 basis, and in those rare moments when all was fine, UAVs would take off just several times per day. They did not fly high and were susceptible to being shot down, but more and more drones were used to take over for those which were forced out of action.

As a result of the Judgement Day War in 1973, the decision was made to develop live video streaming from UAVs. Now this task seems quite an easy one, but it wasn’t that simple back in the 1970s.

In fact, this intelligence method was not very different from regular aerial mapping, but with one key difference: should a drone be shot down, the government would lose just money, and not people — the most important asset of this tiny country.

The neighbors were not sitting around, though. Bearing in mind that Israel trusted the data gathered by UAVs, back in the ’70s, Egyptians (not without a help coming from Soviet advisors) constantly rotated the disposition of forces and missile launcher sites on the border.

As a result, while the drone returned to the base and the films were processed, the information was not up-to-date. It was quite an unpleasant surprise during the Judgement Day War in 1973, which served the primary reason for deploying live video streaming from UAVs.

Now this task seems quite an easy one, but back then, when television and transmission equipment could be stored only in huge shipping containers, the engineers had quite a job to do. For some time, Israel purchased American drones, but the US, for obvious reasons, would never consider tracking enemy’s maneuvers at the border a big deal.

UAVs produced in the US were first serving a purpose of provoking response from the potential adversary’s missile launchers, in order to discover and suppress them. Also, American drones were not able to return back to the base. Launched from an airplane or a battleship, they would just fall somewhere quiet and wait to be picked up.

The ability of one such drone model, Teledyne Ryan Firebee, to remain afloat before sinking, was marketed as a real advantage in those days. Consequently, using such UAVs on a massive scale was extremely expensive and unjustified.

As a result, in 1979 the first locally produced drone named IAI Scout was launched. The drone proved to be so successful that it was employed by the Israeli army until 2005, and some states use Scout even now. If evaluated as a regular plane, Scout was back then seen as a laugh, being 96 kilos empty-weight, using a piston engine, and cruising at only 102 Kmph. 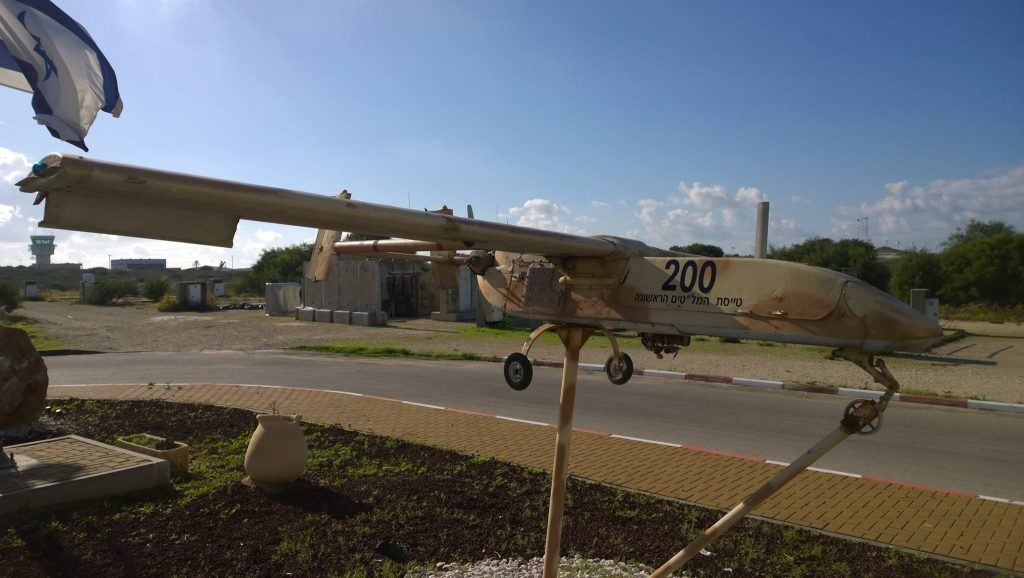 But this UAV could remain airborne for 7 solid hours and, even more importantly, had a TV-grade Tamam camera with a telescopic lens, it streamed video to the ground in real time. Its small dimensions and ability to fly as high as 4 km made it practically invulnerable from the ground, and even the adversary’s fighter jets had problems shooting it down.

Then another advantage of drones was discovered: operators could change shifts more frequently than UAVs.

Back then, the images transmitted from the camera were black and white, but then a color camera was deployed, also able to film in complete darkness. For a time, such advancements were enough to ensure security.

However, after 1973, less adversaries were willing to wage a full-scale war against Israel. But a new threat emerged. Terrorism replaced the threat of war, and brought another challenge: constant succession of minute assaults from all sides.

UAVs had another task: to track and follow not armed forces, but standalone vehicles and people. Streaming videos were not enough anymore: the drones had to employ a new functionality of tracking and geopositioning objects.

Then another advantage of drones was discovered: operators could change shifts more frequently than UAVs. If a person has to look at a single spot for over 5 hours, his alertness inevitably decreases. In case of UAVs, one flight can be operated by several teams in turns, each of them absolutely alert and safe.

Pathfinder in the sky

It was obvious that the obsolete IAI Scout could not be modernized forever, so back in 1992, a new generation came to replace it: IAI Searcher. In 6 years, another UAV named Searcher 2 was created. It had a wider wingspread (8.55 m vs. 7.22 m), increased duration of uninterrupted flight (15-17 hrs vs. 12-14 hrs), and a considerably higher altitude ceiling (7 km vs 4.5 km). 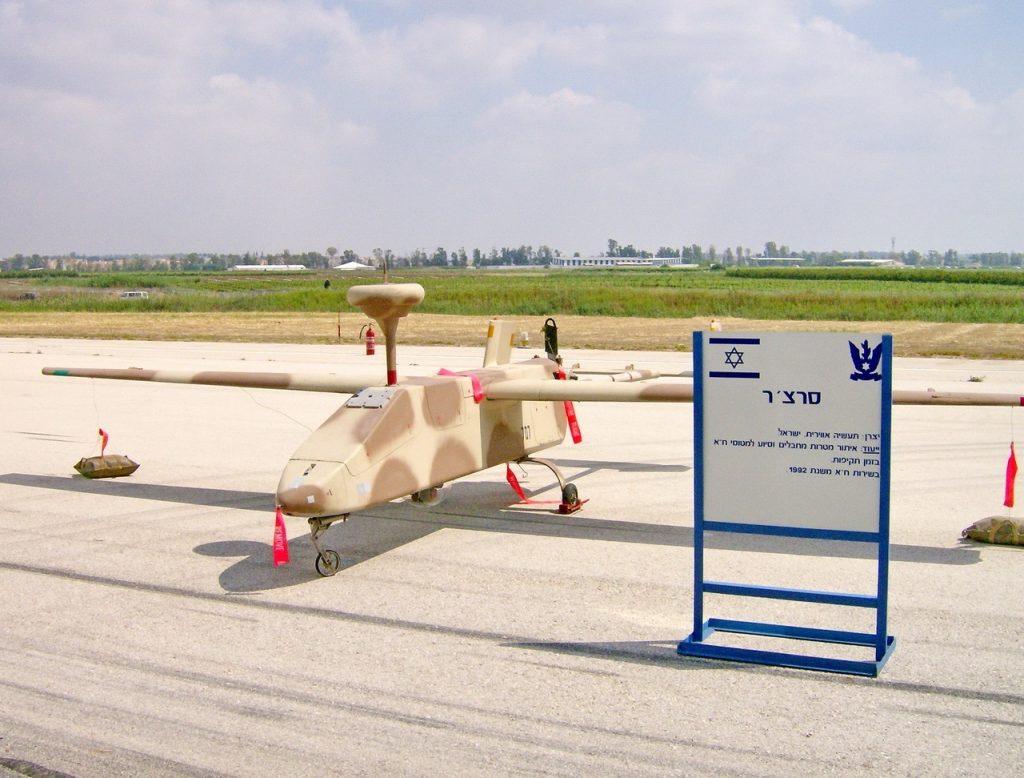 Its main merit was a module-based construction. It allowed configuration of the drone in accordance to its task. Besides video footage, it could serve to coordinate ground forces order of battle, and perform deep reconnaissance thanks to its powerful radar module. 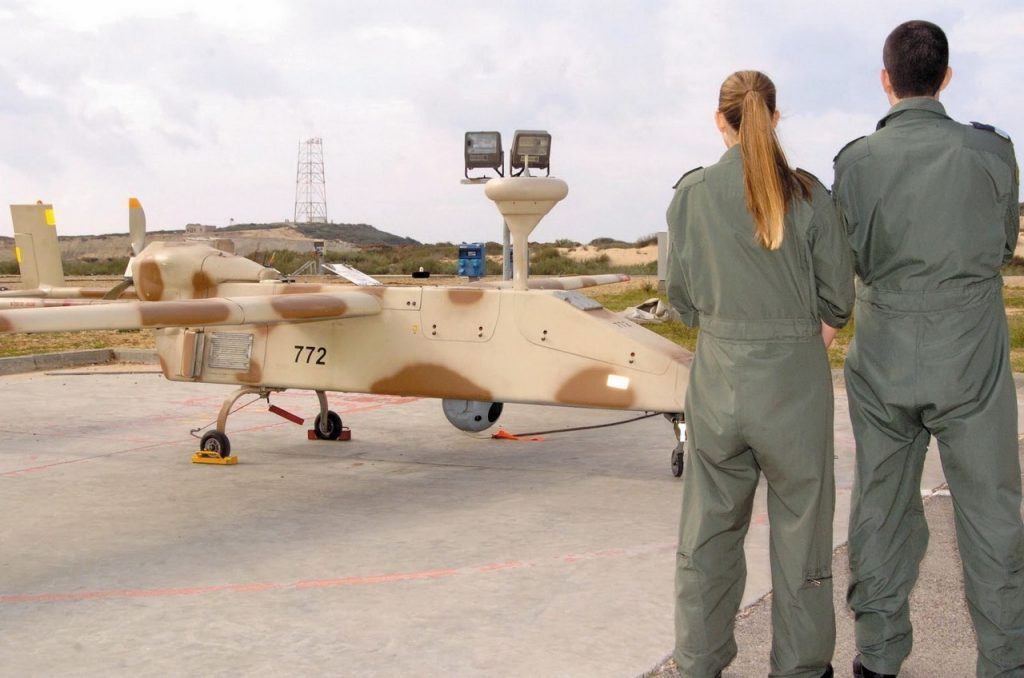 The park of Israeli UAVs is constantly modernized and extended. Even before Searcher 2, a huge drone called IAI Heron (with a wingspan of 16.6 m) was developed. His first flight dates back to 1994, but it was admitted on scale only in 2005.

With full tanks, its flight can last as long as 46 hrs, and the practical altitude ceiling is up to 9 km. In 2012, Heron became the most actively exported UAV produced in Israel, priced as high as $10 million per unit. Its successor, Heron TP (aka Eitan), has a wingspan of 26 m, which is comparable to the civilian Boeing 737. The duration of the uninterrupted flight is 36 hours.

An important note here is that all components are produced locally in Israel. Not only does it create additional jobs, it helps to remain independent of shipments from abroad, should a supplier prove unreliable.

All components of drones are produced in Israel. Software development is also organized locally.

History has known cases when using this or that weapon was not in line with the producing country’s agenda, so the latter would stop procuring elements or shipping product to the buyer. Israeli UAVs are produced locally. And, according to some sources, Israel produces some details for American planes shipped to the country — just in case.

Software development is also organized locally. The process is mainly deployed by the UAV producer, but many functions are updated and aligned by the conscript and contracted soldiers.

Of course, the drone itself is just the tip of the iceberg. Modern drones have ground operating stations, which are also sold for a lot of money.

The data obtained by a drone is subject to analysis and should be stored somewhere, and this is where such solutions come into play – Curiously, the data obtained by the majority of drones is recorded on regular DVDs as they are one of the cheapest and reliable means of storage.

The story of how #Israel #UAV s defend the country on the ground, in the sky and in the information domain

A day might come when ex-military are dismissed and could create their own businesses based on the experience they got while in the army. Considering the hype around all kinds of drones, Israeli developers have a pool of infinite opportunity. Drones are seriously considered as a substitute for cranes used at construction sites.

Drones can also make good couriers, and this opportunity is getting a hearty welcome from those who are usually disappointed by couriers of flesh and bone. As cited by a character of the “The Door into Summer” by Robert Heinlein, “That’s the nice thing about top-secret gimmicks — they don’t get patented”. It’s cool that some tech which was developed to primarily protect lives, can also make these lives more enjoyable.

Kaspersky Antidrone: What it’s for and how it works