Every child knows that anything yummy, curious or at least remotely exciting is detrimental to one’s health. There is a proverbial saying that is said to belong to Winston Churchill, Oscar Wilde or Alexander Woollcott, that is worded as follows: “All the things I really like to do are either immoral, illegal, or fattening.”

This very saying has solid reasoning, if we think about it in terms of the second law of thermodynamics. However, life is full of curiosities, and each rule has its exceptions, mostly supplied by science.

How about some intriguing examples? Of course, an addictive love for coffee is bound to ruin your health sooner or later (as any good doctor would say), but at the same time, coffee aficionados run a lower risk of melanoma, as is proven by recent medical research conducted in the United States; the results were published in the prominent Journal of the National Cancer Institute.

Addictive love for coffee is bound to ruin your health sooner or later, but at the same time coffee aficionados run a lower risk of melanoma

The truth is quite simple: 4+ cups of coffee consumed daily lowers the risk of getting a malignant tumor by 20%. Less coffee consumed means a higher percentage, and keep in mind that decaf would not work, as there is no evident correlation for decaf.

Of course, 20% is not that much, but it is not that bad, considering that the melanoma death toll claims as many as fifty thousand people each year, and the risk continues to increase year by year. There are clearly defined factors causing the deaths, with the most evident of them being prolonged exposure to active sunlight and genetic predisposition.

In fact, the correlation between coffee and a lower risk of skin cancer was cited in early scientific papers published in Norway and Italy. However, those stats were not verifiable enough to assess the degree of relevance.

The new research is based on a very extensive sample of the population consisting of almost half a million elderly white Americans studied over a decade. The researchers considered other significant factors, including sex, age, physical activity, obesity, pernicious habits, climate, etc.

The researchers noted that other behavioral patterns that correlated with a risk of melanoma were alcohol, smoking, and a higher educational degree. Cigarettes slightly lower the risk, but both alcohol and higher education act in reverse. The latter, however strange as it might be, could be explained by a higher income that educated people enjoy, which, in turn, explains their higher likelihood for exposure to the tropical sun. But in general, these two factors are of a lesser significance.

The researchers are very cautious in their implications and acknowledge the chances of this correlation being imaginary (with the alleged correlation a coincidence). However, there is a fair chance that bioactive coffee components, including caffeine, do, in fact, influence the processes of carcinogenesis fueled by aggressive UV emission.

Well, the researchers state that a UV sunscreen lotion and limited exposure to sun would work much better than liters of coffee consumed daily.

Another delightful piece of news for those people who are not able to fight their bad habits is brought about by American M.D.s who published another piece of research in the European Heart Journal.

It is widely acknowledged that regular alcohol consumption is detrimental to the cardiovascular system and increases the risk of cardiac failure. New data obtained during the course of the research proves that it all depends on the dose. When enjoyed in small quantities, alcohol works contrary to the widely publicized assumptions. 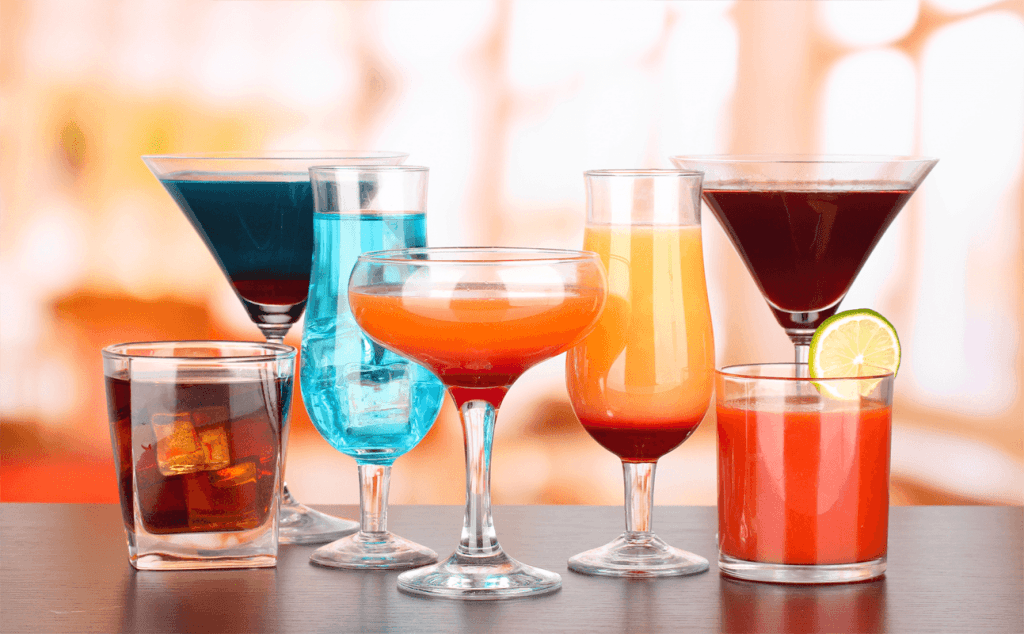 It boils down to the following: For men who consume seven reference units of alcohol per week, the risk of heart disease is decreased by 20%, when compared to a non-drinker. For women, this effect is less pronounced (16%). For a reference unit, the researches took 17 g of ethanol (which equals 100-150 g of wine, a small can of beer or 30-40 g of strong alcohol).

For men who consume seven reference units of alcohol per week, the risk of heart disease decreases by 20%, when compared to a non-drinker.

Should the weekly dose of alcohol go up, the entire positive effect disappears. A person drinking twice as much as what is recommended by the researchers (14 units per week), runs as high a risk as a non-drinker. If a person consumes 21+ units of alcohol per week, the risk of premature death increases (whatever the reason would be).

The data obtained is gathered from a statistical sample of young- and middle-aged Americans (by the end of the 25 year span of research), independent of race.

Similar to the previously mentioned research, the takeaway is not entirely groundbreaking: similar results were received before, but in our case, the stats are very solid: about fifteen thousand people were surveyed and examined during a period of 25 years.

The authors warn against drawing an absolute conclusion regarding alcohol consumption and a lower risk of heart failure. This is just correlation, but the cause-and-effect relationship is yet to be proven. There is another important question: which type of alcohol is preferred for a longer life? This is yet to be found out by a number of enthusiastic researchers.

No widely accepted truths are absolute

So, what is the bottom line of all of the above? Overindulgence is by no means a way to a healthier lifestyle, and no science would ever provide excuses for smoking or alcohol abuse. One might just take into consideration that no widely accepted truths are absolute. A sign describing the contents of a box still might mean nothing unless you open it.

Big Brother: who tracks us on the Web

The Internet continues to find its way into the private lives of its users. Here, we brief you on the most common methods of online tracking.