All attacks on users’ computers were successfully blocked by Kaspersky Interenet Security 2013 in the independent test conducted by respected Austrian lab, AV-Comparatives.  The test with the self-explanatory name “Real-World Protection Test” was performed in March 2013 and proved that Kaspersky Lab’s solution provides the highest level of protection. 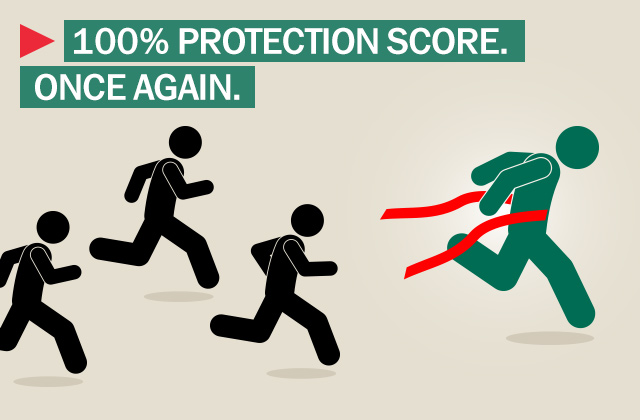 The methodology of the Real-World Protection Test is quite straightforward. Experts use a computer with newly-installed Windows 7 Home Premium SP1 64bit and apply all recent security patches. The same goes for essential external modules like Adobe Reader, Flash and Java.

Kaspersky Internet Security 2013 prevented 100% of the attacks, once again proving the expertise of the Kaspersky developers and malware analysts.

Then experts imitate users’ actions such as visiting infected websites with drive-by exploits and downloading malicious applications directly or from webmail attachments. AV-Comparatives’ experts managed to find 422 malicious objects able to infect the system despite the installed updates. Each malware was checked with a system protected by antivirus – the test included 20 leading protection solutions.

The superpower of protection: Kaspersky Lab 2016 product line is here