World nations are building fleets of unmanned robotic boats to perform missions above, on and under the water. Though there are only a few hundred unmanned maritime vessels in operation worldwide, drones already have raised demand and their future potential is even more promising. 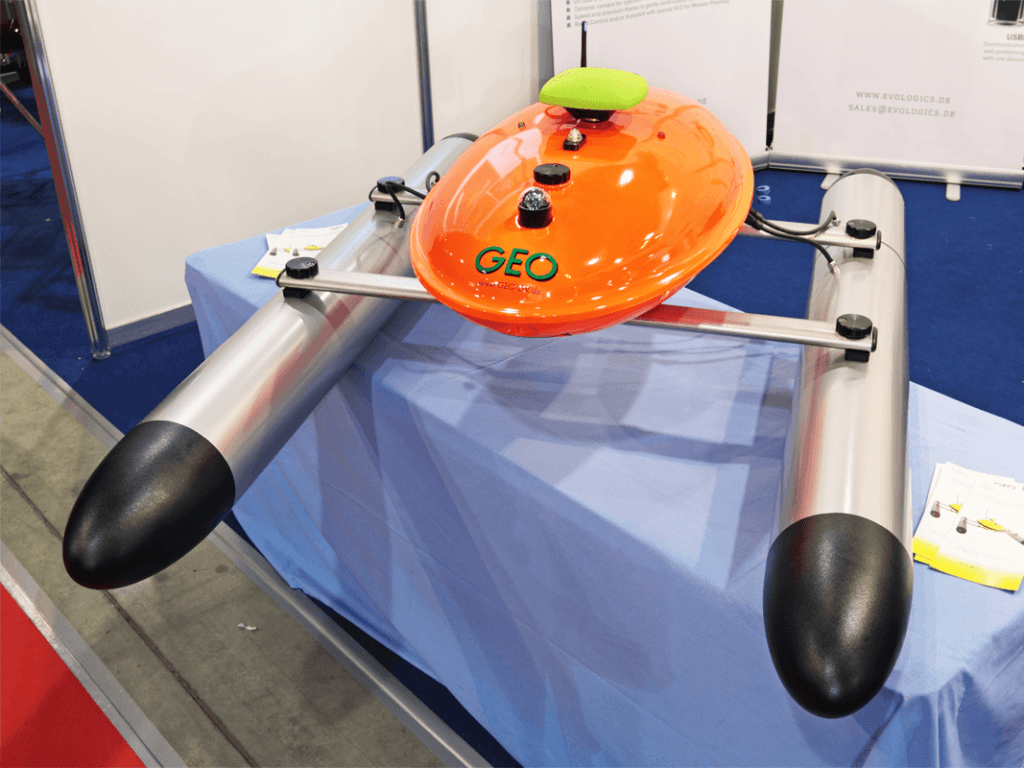 The maritime industry and Navy deploy aerial and submarine drones for patrol, reconnaissance and surveillance. In Busan robots are already used to monitor areas near ports and terminals. They can help crack down on illegally moored vessels that can cause sea accidents.

Japan is going to give robots a try in 2018. Authorities hope that drones will help monitor ships and weather to improve the country’s response capabilities in the event of disasters and contingencies around uninhabited islands. The American Coast Guard is also considering the idea of using drones along the American coastlines to assist in solving maritime incidents and other operations.

Canadian Coast Guard icebreakers utilize unmanned helicopters to navigate ice in Canada’s North. Recently a Canadian bulk carrier followed this example and started using small drones to get an aerial view of hazards that could be ahead.

Drones can be used to detect pirates in the same way they are used to look for ice floes. It’s a great option taking into account the rise in piracy off the Somali coast. Besides, aerial drones successfully served in maritime conservation operations. In 2012 they helped catch illegal hunters at the Cape fur seal reserve. Since 2011 flying robots patrol the Galapagos islands to protect sharks from poachers for up to 16 hours at a time.

Last but not least, drones conduct remote safety surveillance over platforms and rigs. The oil and gas companies require access to accurate sources of offshore environmental data. Drones can deliver necessary measurements including seep and containment loss detection, meteorology and subsea communications in real time. A famous company in this field is Liquid Robotics Oil and Gas. Its customer list includes Conoco Phillips, Chevron, BP and others.

Minesweeping? Leave it to Drones!

Every mine in the sea is a potential disaster. There’s plenty of them remaining from old wars, and vast quantities of new mines are being laid every year. That’s why world nations spend time and money to demine sea waters.

And this is when robots may come into action. Drones can do this dangerous work with minimum risk for human beings. Unmanned submarines already helped the Italian Navy to dismantle underwater mines that remained since World War II. In the future, drones are expected to do the job without human help at all.

Fighting onboard fires and other disasters

At a demonstration conducted onboard of a former American Navy ship a tiny drone explored dark smoke-filled narrow doorways looking for victims and fire sources. The test confirmed that a small flying drone can rapidly gather data to guide firefighting and rescue efforts.

In the same way drones can also conduct inspections of hazardous chemical tanks or look for cracks, leakages and other defects.

A year ago Rolls-Royce’s Blue Ocean development team announced its plans to design giant drone cargo ships. Sailors weigh down the ship, take up space, cost thousands of dollars a day (about a half of the total operating expenses is salaries), and even cause most of the accidents at sea. Robots can solve these problems.

Forget about 50lb drones in the air. How about drone cargo ships. Difference is just mass. http://t.co/kfc7cJtYr3 #future #transportation

There are unique drones created to achieve very specific goals. For example, this swimming and flying drone was inspired by a common duck. But it’s designed as a powerful submarine hunter.

US Navy has built a flying submarine drone http://t.co/5gQCQEpD45 pic.twitter.com/FqVonAfv9V

Another interesting robot comes from Boeing and Liquid Robotics laboratories. The sea drone called Sensor Hosting Autonomous Remote Craft (SHARC) can remain operational for up to one year and continuously monitor for surface vessels and submarines. The SHARCs can be used for drug trafficker detection as well as for military purposes.

As you can see, drones are used not only for military purposes, even if we are talking about the Navy. Maritime drones can solve a wide range of problems. This is rather inspiring and makes us wonder about the future of technology.

Kaspersky Antidrone: What it’s for and how it works