Hi, my name is Serge, and I just realized that I have been an active Internet user for 20 years. Seriously, this year I should celebrate an anniversary, but instead I will tell you a couple of personal stories: stories of unexpected Internet twists I have experienced.

Since the early 90s, the Internet has been a platform for social interactions — although they were not always convenient or easy to carry out. Sometimes “socializing” required users to find, install, and set up certain apps like a newsgroup reader or even to master a “programming” language. You might remember one early Internet trend, which was to create so-called home pages that effectively served as public user profiles. They often were ugly, and people shared a lot of irrelevant things about themselves via those pages.

However, those home pages were one of a very few ways to get to know your virtual friends better. To publish such a page, you would have signed up with a free home page provider. Some of the more famous ones were Geocities and Xoom. You probably haven’t heard of those, and there is a good reason for that: Both collapsed after the first dot-com bubble burst in the early 2000s. I had a home page on both, and the only reason I can show you a screenshot today is that I bothered to back up those pages on my hard drive. 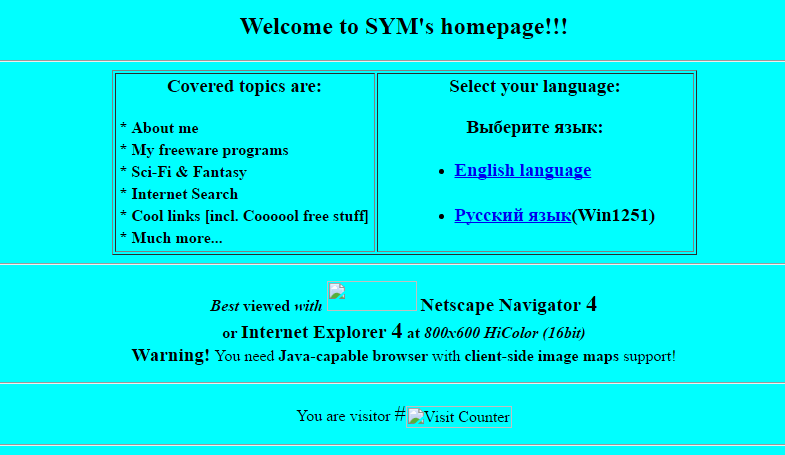 In other circumstances, this delightful story of my early Internet life could have vanished completely. But the lesson about services coming and going is still relevant. Take Twitter — the company recently shut down its video-related spin-off Vine. The shutdown was announced several months in advance, so content creators had time to do what I did years ago — download or move their creations elsewhere.

Obviously, this issue is particularly important for artistic people (cutting them off from their own creations can be brutal — or very brutal). But even if what you create is something as simple as your vacation photos or a compilation of funny things your children said, you probably want to make sure those creations won’t vanish if, say, Facebook decides to go out of business in a few years.

But let’s get back to my early Internet life. Fast-forward five years and everyone is fond of blogs. Tech-savvy people create stand-alone sites for their blogs; however, the easiest way to start your own blog is to create an account on a dedicated blogging site. I selected a popular-back-then service called LiveJournal and spent a few years writing book/movie/restaurant reviews for a few dozens of my friends and colleagues.

LiveJournal undertook a few significant transformations, and it’s not that popular nowadays; however, it still exists and works in more or less the same way. Despite that, you won’t be able to read my older posts on the platform because one day in late 2000s I used LiveJournal’s convenient bulk-editing interface to set all of my posts’ visibility to “friends-only.”

So unless you’re one of my very old LJ friends, you can’t see that content anymore. I restricted viewing after realizing that a completely unintended audience was reading and reacting to my posts. It varied wildly, from new business partners to strangers who apparently admired my ramblings, but they had one thing in common: I didn’t want to interact with them in the context of my old, personal blog. This lesson was not a hard one — there was no reputational or other damage — but it could be different for some people. Serious threats or bullying over a single tweet are not uncommon nowadays, and heated arguments and breakups over a partner’s social media actions happen as well.

Who owns your #digital #memories? Is there a way for the answer to be YOU? https://t.co/3h25qAM8hq #SocMe #SocialMedia #SMM pic.twitter.com/HG5eMOgPkT

Sometimes the repercussions are just too much for a person to tolerate, and the best course of action might seem to be either total isolation of the social media account or even its complete removal. However, the account may contain sentimental memories (as with my blog, for example), so before actually deleting anything, you should obtain a copy. With LiveJournal circa 2008, by the way, it was ridiculously complex. A special geeky app was required, and getting it working was a tech task a notch above average. For the record, I did it, and now I have a LJ blog backup just in case the service follows in Geocities’ footsteps.

Trying to keep chat histories backed up, up-to-date, and private is very important

Nowadays, I don’t spend much time on social media — at least for personal amusement. My postings are rare and brief, and honestly, I don’t value them all that much. My messenger chats, however, are a completely different story. Starting with ICQ and up through Whatsapp and the rest of today’s cohort, chats tell the story of my life, love, work, and everything else. So trying to keep chat histories backed up, up-to-date, and private is very important. I am willing to spend money to have this problem solved efficiently. At the moment, a bunch of solutions are on the market; however, each backs up only one social network.

That’s how the idea of a service that allows users to back up all of their social content at once emerged. Such a service would have to keep the backup encrypted in local or cloud storage as well. The beta version of our social backup will be available soon. Although for now it will be limited to local storage, not cloud, and a limited set of social networks from which it can fetch content, the service will develop further in line with users’ demands. You can learn more and subscribe for early beta access at ffforget.me.

Meitu – the app with all the permissions

Meitu, the ‘anime-makeover’ app is doing something that users perhaps didn’t realize they’d signed up to. It’s been found to be harvesting all sorts of data on users, including your location, reading,