By now, the Internet has reached basically all corners of the Earth — and not just its surface. Being online onboard an airplane is already old hat, and even the International Space Station has a connection to the Web. Space exploration agencies are getting ready to move on and get other planets in our solar system connected. The space Web is not all about work, either; it helps people far away from mother Earth keep in touch with their homes. This post is about how it works now and how it will develop.

WWW on the ISS

The International Space Station crew accessed the Web for the first time back in 2010. The access service was provided by NASA. The astronauts use a satellite link to connect to a computer in Houston in remote desktop mode, and get online from there. It is safer that way: even if a malicious link or file is opened by an ISS crew member, only the ground computer will be compromised.

NASA astronaut T.J. Creamer honored the arrival of the Web on the ISS by posting the first ever unassisted tweet from space:

It seems the ISS will soon have more than one Internet provider: Russia plans on getting its segment of the station hooked up soon enough, too. The task will be implemented using a network of Luch relay satellites, which is currently undergoing an upgrade.

Last year, cosmonauts Alexander Misurkin and Anton Shkaplerov made an upgrade to the ISS antenna so it could receive large volumes of satellite data, while at the same time setting a Russian record for extravehicular work duration — 8 hours and 12 minutes.

According to Sergey Krikalev, cosmonaut and Roscosmos spokesperson, the new equipment has already been tested, so the ISS will soon get online through Luch satellites. 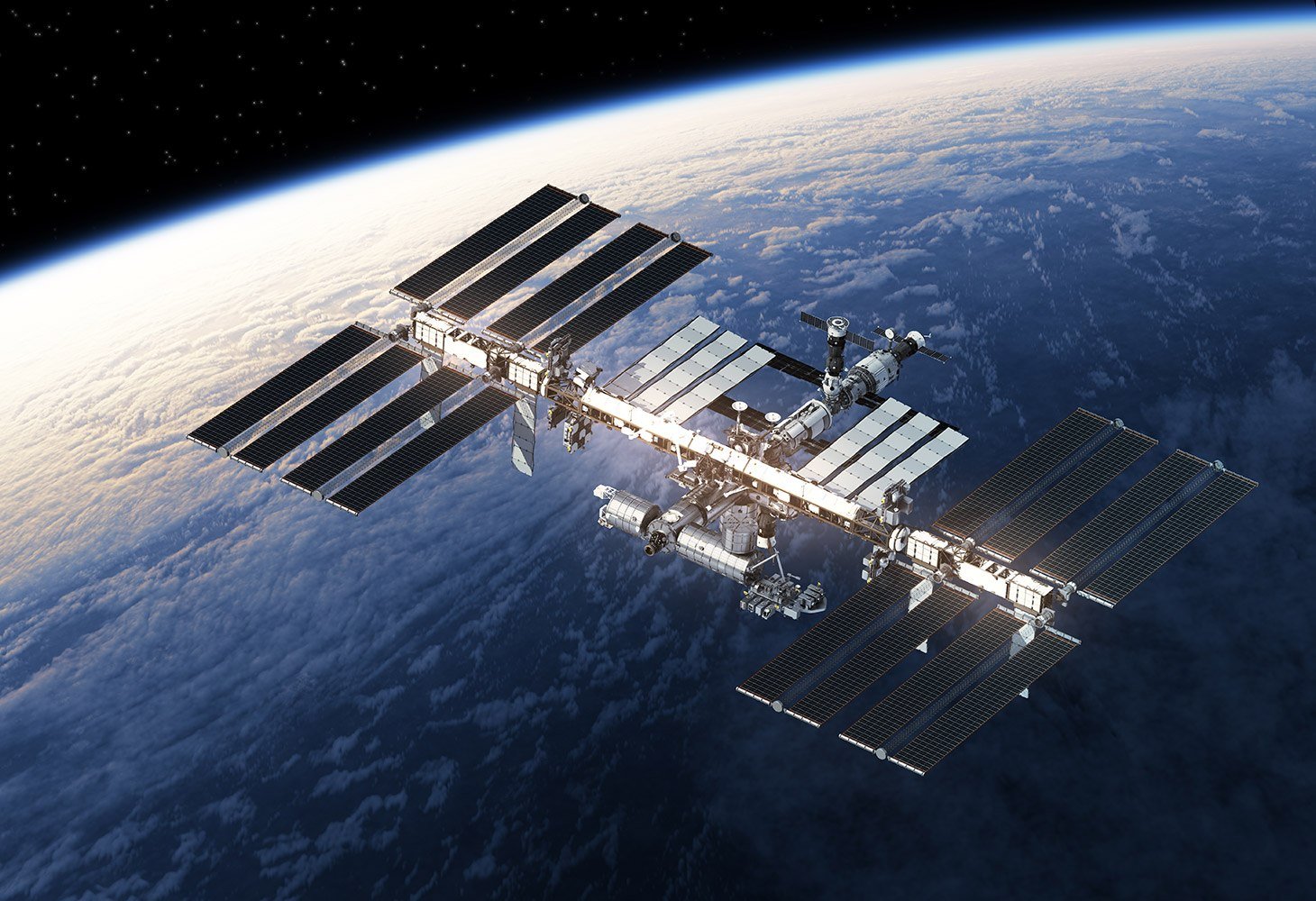 Of course, the Internet they have on the ISS is not nearly as fast and delay-free as what you have at home. Satellite communications have advantages over wired technologies — such as being available in places where cables cannot be used, obviously — but also challenges.

Even though the ISS is orbiting at an elevation of some 400 km (about 250 miles), the data covers a much longer distance to reach Earth. First, the ISS sends the signal upward, to a relay satellite flying as high as 35,786 km (22,000 miles) above the ground. Only from there can it go downward to a ground space communication station.

So, the total distance covered by data from onboard the ISS and the response signal sent back to it is just short of 150,000 kilometers, or close to 100,000 miles. That takes time. According to a NASA employee, data exchange with the ISS has a transmission latency of about half a second — about 20 times that of the average cable connection.

In addition to that, astronauts need the satellite link available to them for more than just the Web. They also use it to stream lots of scientific data and video content (which their colleagues on the ground broadcast to the Internet for users to follow life onboard the ISS and the views from it) to the mission control center. The same satellite link enables audio and video conferencing with Earth for the ISS residents.

As a result, only a small fraction of the bandwidth can be used for tweets and browsing. Moreover, although the satellite’s downlink is as broad as 300 mbps, the uplink is limited to 25 mbps. In terms of speed, the connection available to the ISS is comparable to that of ancient modems.

On top of that, the station leaves the satellite coverage zone at intervals. For every 1.5 hours it takes the ISS to circle Earth, it may have no coverage at all for up to 15 minutes.

Satellites maintain continuous contact with Earth, going around exactly as fast as our planet itself rotates to remain over the same spot at all times. Yet the orbit has to be adjusted from time to time, otherwise satellites risk falling out of it and becoming unreachable. Maneuvers are accomplished using propellant. But satellites are not cars or planes, either — they cannot simply fly back to Earth for refueling.

To solve this problem, companies around the globe are searching for ways to refuel satellites directly in space. Systems that aim to deliver propellant into orbit are being tested in the US segment of the ISS, by the Canadian MDA Corporation, and by the British–Israeli Effective Space Solutions. And the European Space Agency (ESA) has developed an engine that can use molecules of air from the upper layers of Earth’s atmosphere for fuel.

The propellant problem can be solved in part using electricity, which can reduce fuel consumption and is renewable through solar panels. Electricity is also required to communicate with Earth and other spacecraft. But satellites are shielded from the Sun by our planet some of the time, so they work on batteries, which are of limited capacity.

Russian scientists have proposed a solution that involves several dozen orbiting robots that would recharge satellites that have run out of power. The robots will draw electricity from both solar emission and radio transmissions from Earth. The technology can extend spacecraft life spans 1.5 times, while also making them lighter by dumping excess batteries and solar panels.

Space repeaters or relay satellites, which always work at full capacity, face the problem of overheating. Orbit space being airless, fans used to cool computers on the ground would be useless. So even though it is much colder out in space than on the planet’s surface, heat dissipation is actually a much more challenging problem there.

Spacecraft use large radiators — units transforming heat into radiated emission — to keep from overheating. The more powerful the satellite, the larger the radiator it needs for cooling. Thus, to provide cooling for the new-generation 25 kW communication satellites, researchers created a radiator — a large one, 4 × 1 m.

Another problem is cosmic rays, which disrupt everything electronic. Here on the ground, protection comes from the magnetic field and atmosphere of the planet. But no such protection exists in orbit, so the electronic components used in spacecraft are built to withstand radiation — yet radiation continues to be a key problem for satellites.

According to cosmonaut Pavel Vinogradov, laptops go out of service very quickly on the ISS, even though the ISS modules are protected quite well. Cameras suffer, too: images quickly get strewn with dead pixels. In addition, radiation grossly interferes with signals transmitted by satellites and may damage individual segments of memory in onboard devices. 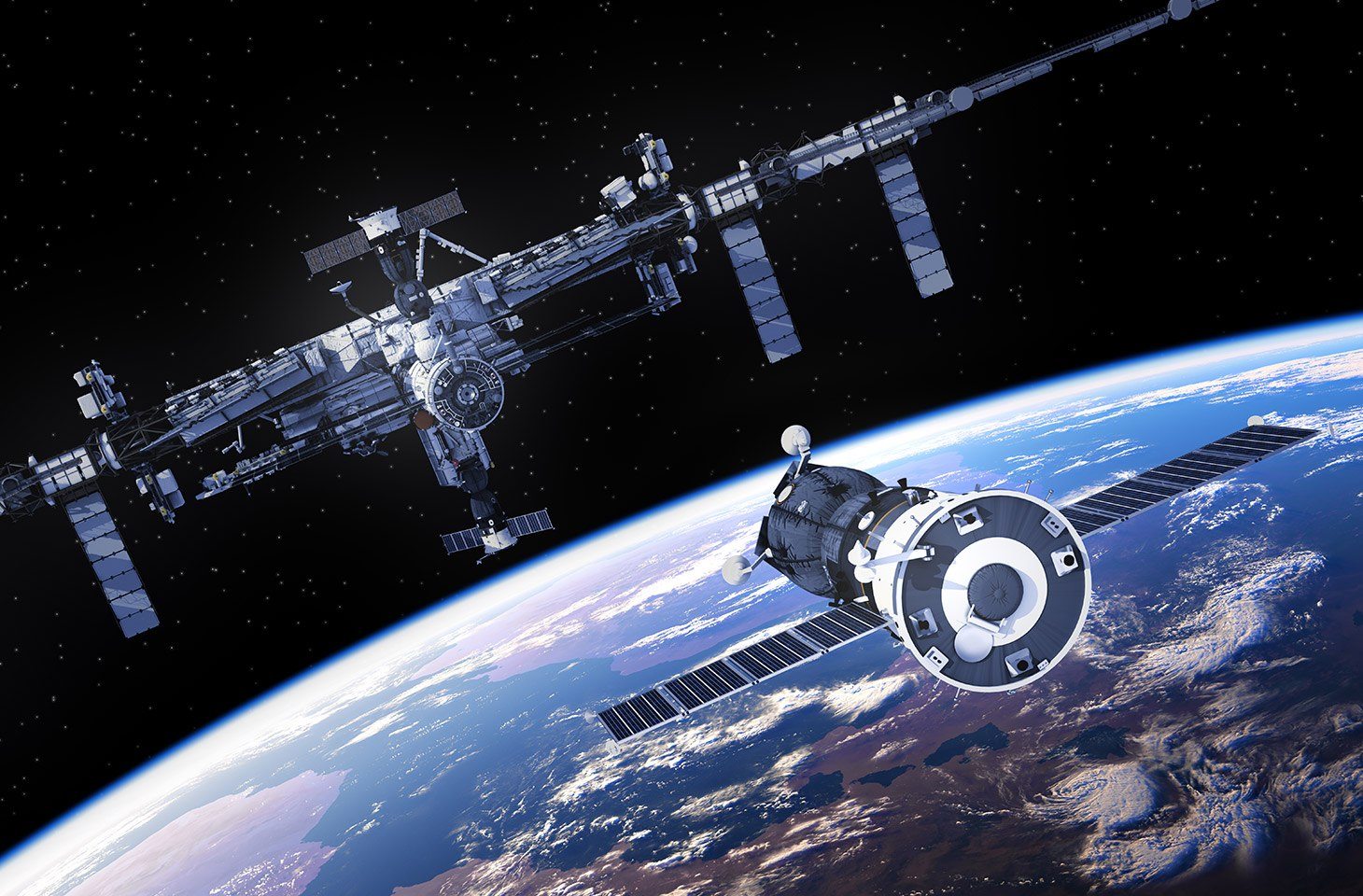 Radiation is one of the reasons information between Earth and many spacecraft is exchanged without encryption. Should radiation damage the storage area used for the encryption key, communication will be disrupted.

The problem is not so acute for the relay satellites through which the ISS crew gets online — those are more or less protected. That, however, is not the case with most of the other spacecraft in Earth’s orbit.

Lack of encryption is a sore subject, because satellites, just like ground computers, are potential targets for attack. The European Space Agency recently launched an experiment meant to remedy the situation. Researchers are testing two approaches to maintaining robust encrypted communication with satellites at a reasonable price.

The device to test these methods was flown to the ISS in April, 2019, and it is expected to run continuously for at least a year. It is based on a standard Raspberry Pi Zero minicomputer, which makes it a relatively low-cost solution.

Communication with satellites cannot be expected to become safe in the years to come, however; there is no easy way to upgrade the systems already launched into space.

While some researchers are busy improving satellite protection and bandwidth, others are thinking about creating an interplanetary Internet. In many respects, the problems to be solved for that are similar to those faced by the ISS crew, although on a completely different scale.

For example, it takes 3 to 22 minutes for a signal to reach Mars, depending on the red planet’s position relative to Earth. That’s not nearly as good as the half-second delay on the ISS. In addition to that, direct communication between Mars and Earth is interrupted for two weeks every two years, when the Sun is positioned between the two planets and blocks signals. 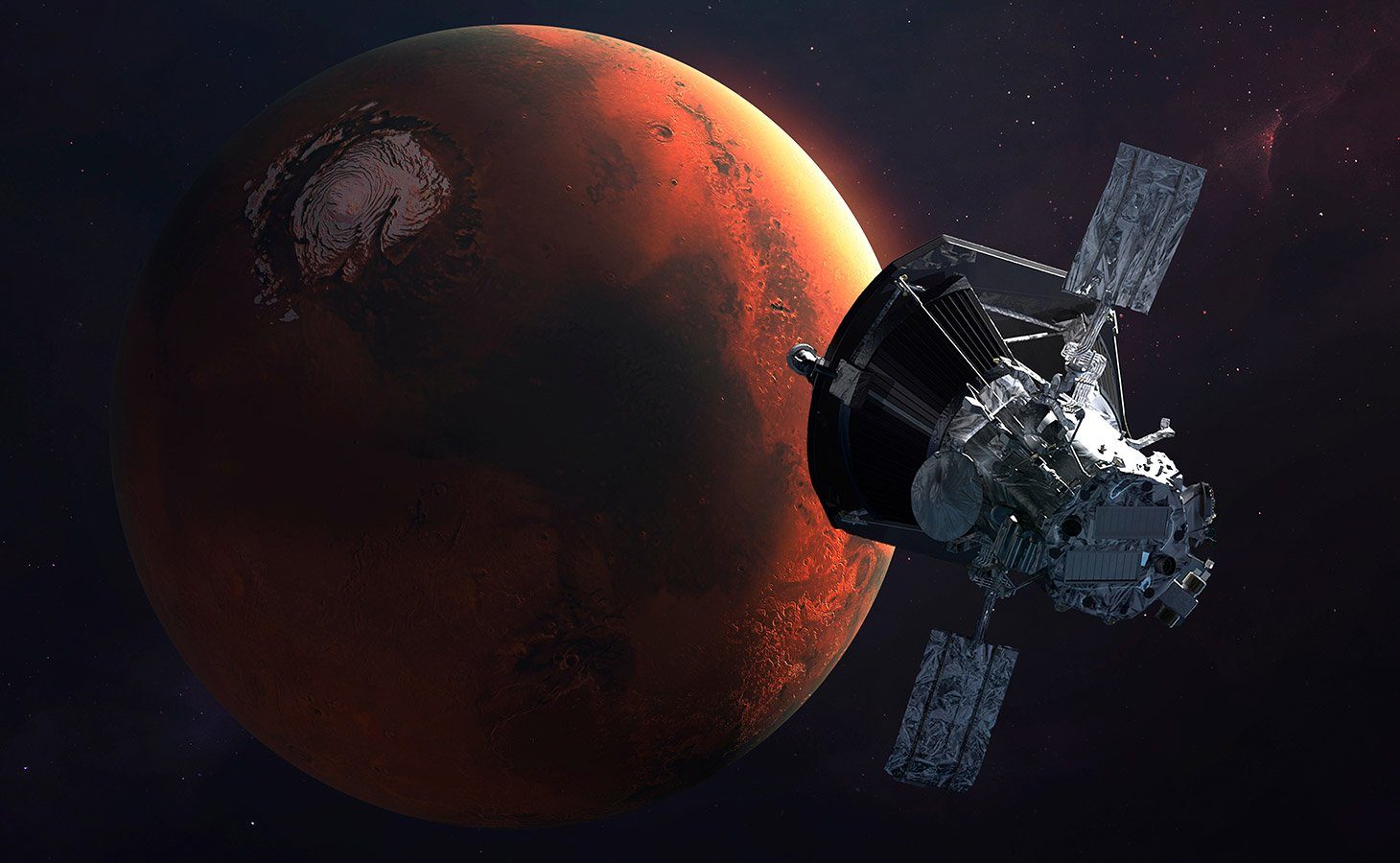 Space Internet also has some unique features. All nodes of the network are in constant motion. With terrestrial Internet technologies useless in such conditions, scientists develop alternative arrangements to enable communication between Earth, its moon, Mars, and other planets. These may rely on:

The future is closer than it appears

As you see, social networking or even video conferencing with residents of Mars or Moon is not as fantastic as it used to appear. Of course, the humankind has a long way to go to take the Internet to deep space, but the first steps have already been taken.

In case of a cybersecurity incident, whom should you communicate with inside the company? Which channels should you use — and which ones should you avoid? And how should you react?